The project for the Casa del Balilla began as an extension and adaptation of the existing stadium, built in 1927 by Giovanni Greppi. Mantero's work faced with this pre-existence, a limit that directs the development of the new complex, and dialogues with Terragni's Novocomum which stands opposite. Firstly, the engineer added the street access front on the road to mark the entrance and indicate the great complex that was being built. The façade consists of a central access part covered with Musso marble, while the linear pattern is interrupted by the overhang of the three portals and the five tall glass block cladding. The side wings are in red plaster, and within, the horizontal light grey windows open rhythmically. Subsequently, the actual project is carried out, which was then realised in three bodies. The central building houses the gym, while the side ones house the fencing hall and the headquarters of the Opera Nazionale Balilla (Balilla National Opera). On the upper floors there are offices designed with wooden partitions and large windows. The result is a building that goes beyond the rhetoric of the existing stadium and proposes functional and innovative solutions. An example is the swimming pool with its reinforced concrete trampoline, set in a semicircular glass block window. This space, as well as the stadium, has been restored and is still in use. 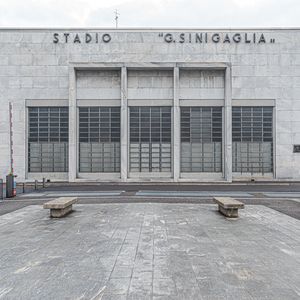 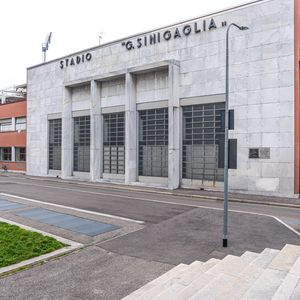 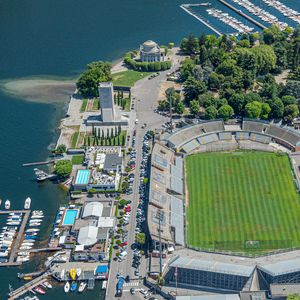 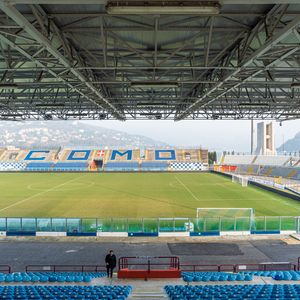